To preface this post, I’ve been dragging my feet a bit to write about the Philippines, almost not wanting to. The main reason is that the health gods decided to punish me with all sorts of illnesses for the majority of the trip, so I wasn’t able to enjoy it all without feeling like death. Despite the suffering, I still pushed myself to experience this beautiful country. We explored a bunch of different areas from the mountains to the countryside to beach islands to the city that I can’t NOT share with the world. No pain, no gain, right…

This trip came to fruition when Nicholai’s parents asked if we wanted to go to the Philippines to attend his cousin’s wedding. He still has a ton of family back there and hasn’t been back since he was a teenager. So, we thought this is the perfect occasion to make a trip out of it.

Since we had a layover in Japan, we decided to spend a couple of days there as well. See my post about Japan here. We were accompanied by his parents and stepsister + her boyfriend. Ultimately, we enjoyed having his parents show us their hometowns and recommend all the cool things to do.

Our itinerary felt jam-packed for the week and a half – not much resting and A LOT of traveling aka sitting on long bus/car rides. While we landed in Manila, we only stayed for one night in the city and headed up north to Baguio, Sagada (where his stepmom is from), and Sabangan (not mentioned in the post but where his dad is from) for the remainder of the time. Knowing that we were spending time in the mountains and rural areas excited me. A change in scenery from city life can be very refreshing.

Find out how we spent our time in the Philippines below:

We stayed at this world class hotel while in Baguio. It used to be an air base for the US armed forces in the Philippines that turned into a resort/hotel and is now a very popular stay in this region. The first night we got there, we all went for a couple’s massage. I desperately needed one after the long, windy ride up the mountains to Baguio, and it was nice that it only cost about $20 USD.

Breakfast was a peaceful meal with the tables opening up to the courtyard. My favorite Filipino breakfast food is longanisa (Filipino sausage), which I tried to order whenever I got the chance. Apparently, there are varying tastes and forms of longanisa depending on which region makes them…and there’s a noticeable difference. Unfortunately, I don’t remember and couldn’t tell ya which ones were the best. But try them if you get the chance! 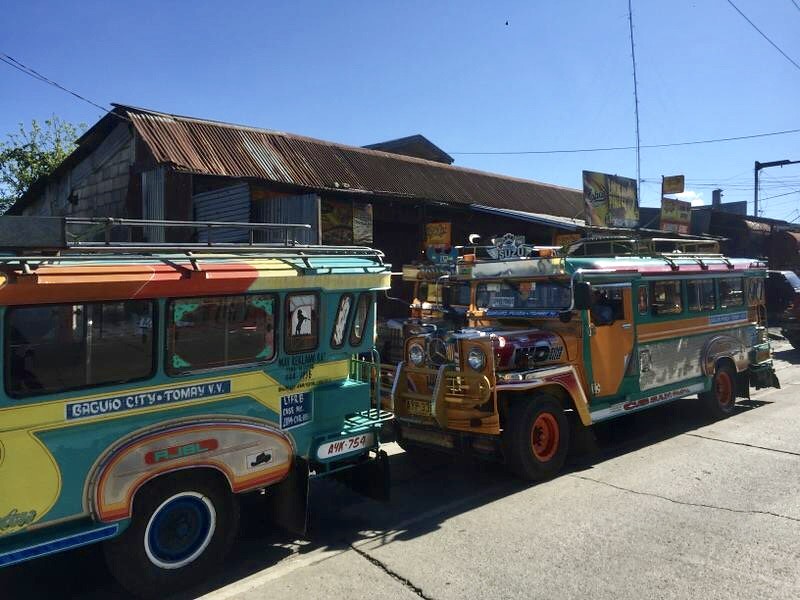 I don’t know what SM stands for. This was an enclosed mall in Baguio and the biggest in this northern region. I think there were six floors, and you could find everything from clothes and electronics to a whole grocery store located within the mall. We spent a good chunk of time here walking around and finding cheap things to buy.

I got a manicure and pedicure for only $10 USD (deal!). Also, Nicholai and I bought our first pair of Sanuk brand shoes. I hear this brand is more popular in Asian countries, and although it was the most expensive thing we bought, it was still cheaper than it would’ve been in the US.

You can definitely kill some time if needed in this mall.

From Baguio, we made our way to Sagada, a city in the Mountain province a little further north. This city had plenty of things to do/explore, and I was so happy that we were going to do most of them.

However, from this point on, I got sick and kept getting worse. I think it was part altitude sickness, exhaustion, and adjusting to the various climates.

Anyway, these caves are a popular attraction for backpackers to this area. You need a tour guide because it is actually quite a hike through the caves and to show you what to look for. You will, at one point, need to rappel down a slippery rock to prove you can be the last survivor. Just kidding, not that intense, but it does involve some skillful, physical maneuverings.

Having a tour guide helps you out a lot though. An added bonus, we were very lucky to have a hilarious guide.

I would advise wearing something you wouldn’t mind getting dirty and wet since it was somewhat muddy from the small, flowing streams. 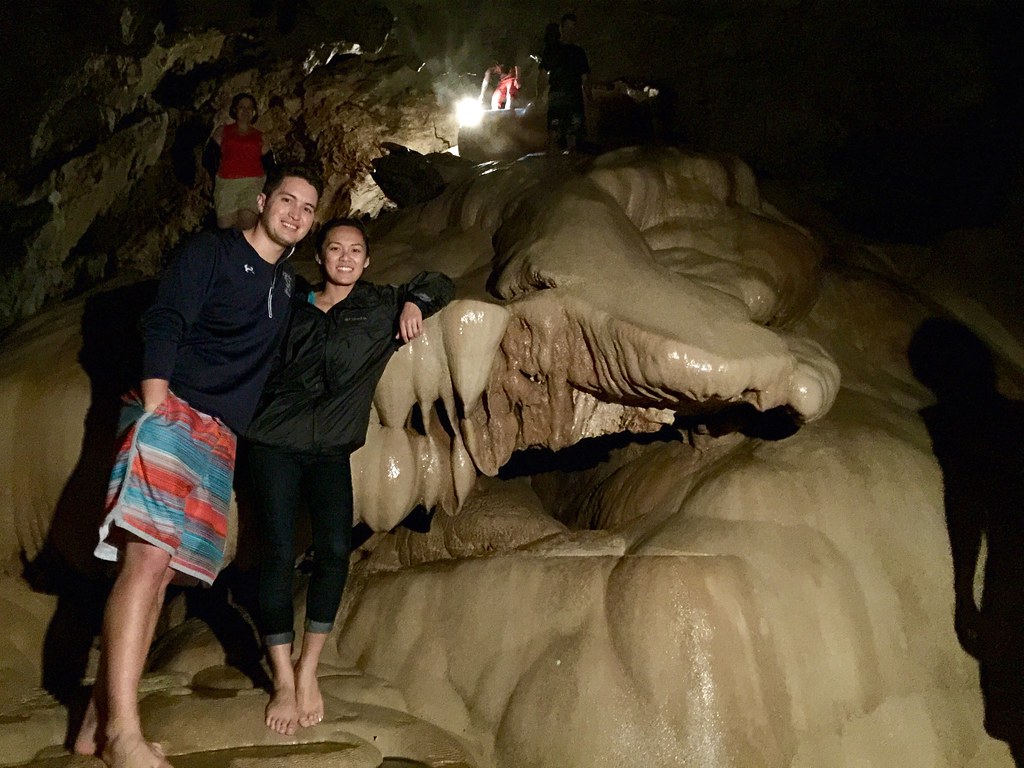 Don’t miss out on the hanging coffins in the middle of the woods and in the mountains. We hiked a good 30 minutes or so to get to these hanging coffins. It’s an ancient tradition to “bury” the dead by nailing or tying the coffins to the side of mountain cliffs. I believe it is still practiced on a much smaller scale by the Igorot tribe residing in this area. Their belief is that when a person dies, they need to be somewhere that can’t be reached in fear of easily rotting in the ground or their bodies easily dug up.

Interesting fact: the coffins are not full body sized, but around 3 or 4 feet long. The bodies get buried in a fetal position based on the belief that a body should leave the world the way it entered. These were truly fascinating to see and hear about. Hiking the rice fields of Sagada to Bomod-ok Falls

Hands down my favorite moment in the Philippines. From start to finish, the hike was breathtaking and humbling, seeing rice terraces maintained as the sole source of income, such a contrast to the corporate America I am so familiar with. I don’t know if you can come here, witness the tender care and nurture of man for nature, and leave without feeling a little lost. I love seeing how simple life can be.

The hike is about 45 min (not hard at all) to Bomod-ok Falls, a serene sight where the waterfall drops into a pool bordered by huge rocks. We hung out here for a while. The guys swam, but I retracted from dipping into the cold water. Next time. 🙂 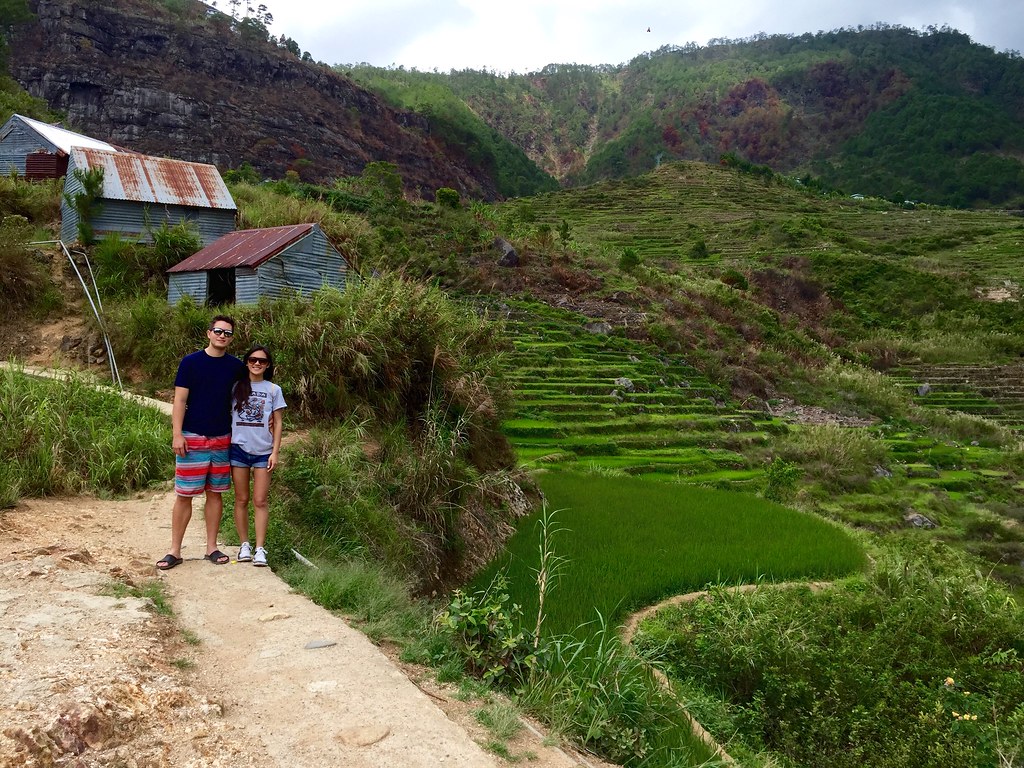 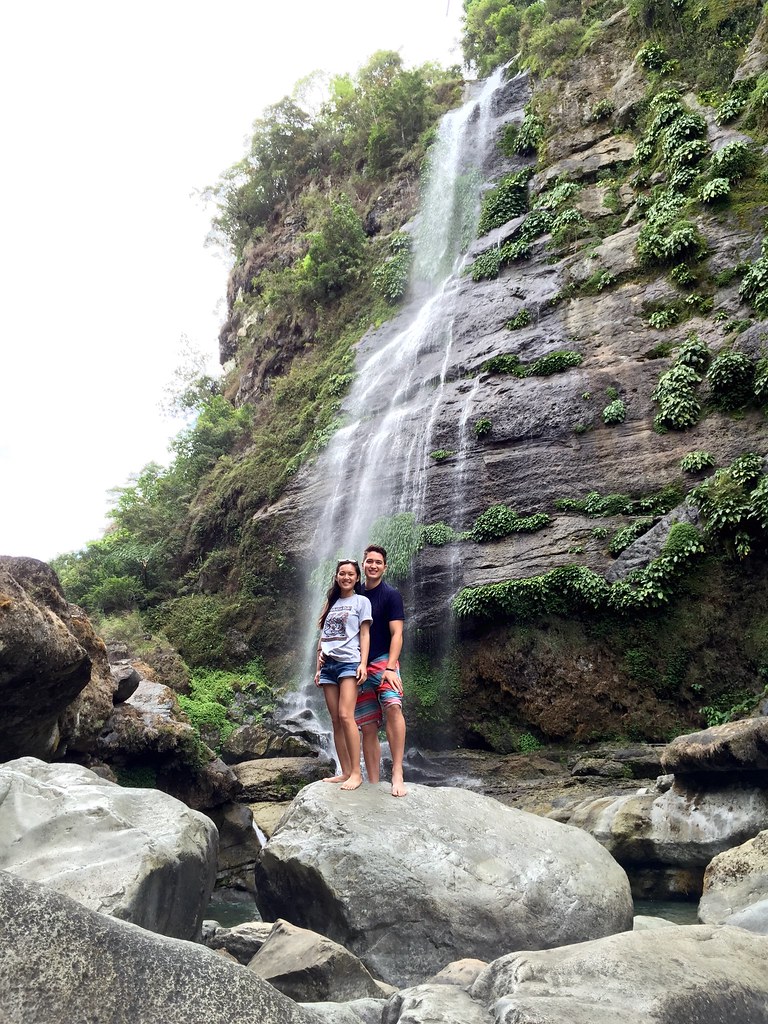 Finally, a trip to the beaches of the Philippines. I’m sure you guys have heard a lot about the beaches here, and they sure are uh-mazing. We journeyed another 2 hours back and forth (I think we were back at Baguio at this point and headed out from there) to visit the Hundred Islands, a unique set of islands formed in weird yet identifiable shapes and sizes. We took a little motor boat around these islands to swim in caves and stopped on one island to snorkel (I saw a few jellyfish!).

The water was clear, light blue, warm, and my elated soul was dancing in the water. 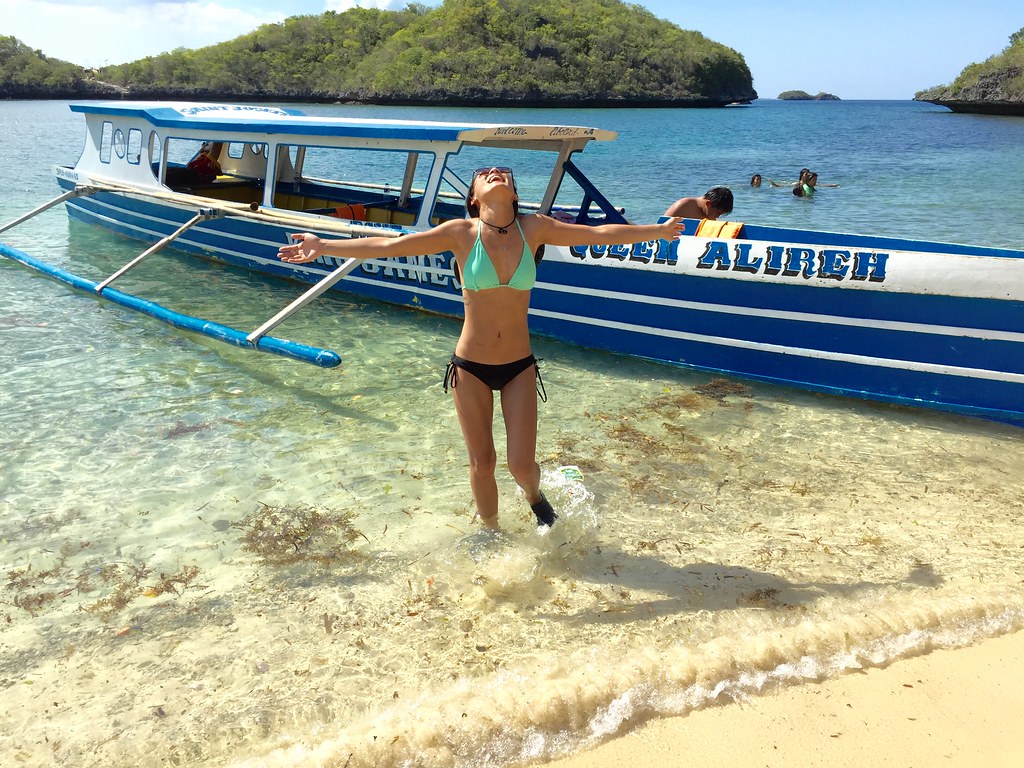 Hm, as I’m writing this, I’m feeling fonder of these memories because I’ve pretty much neglected and associated them with my poor health at the time. I’m glad, now, that I’ve recapped all of this and am able to share the experiences. To more adventures to come, and to keep exploring in good or bad health! 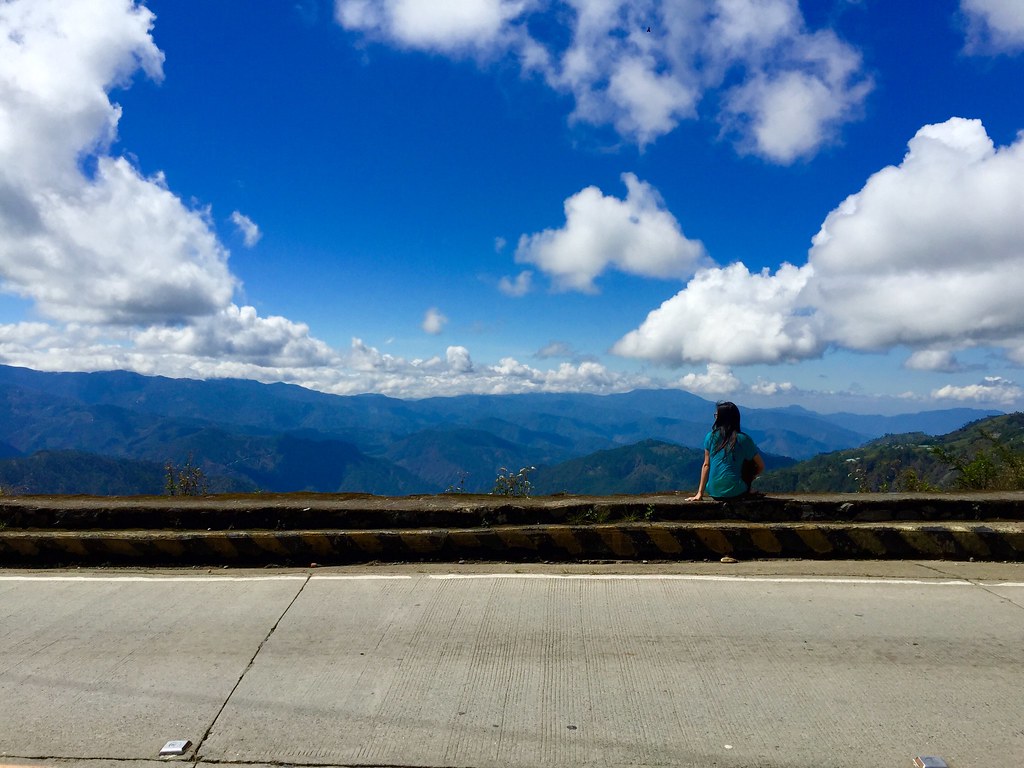