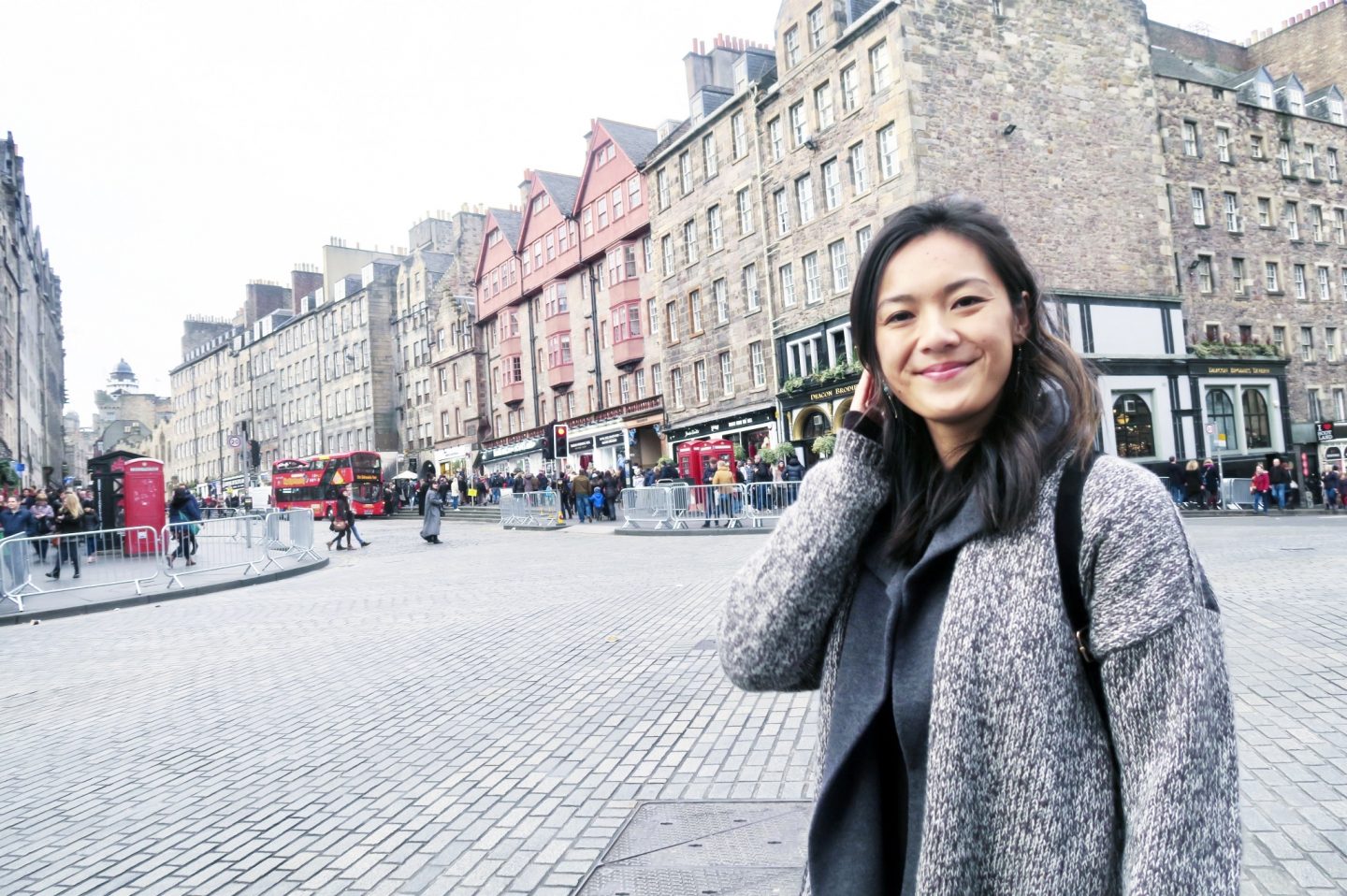 If you’re going to Europe in the summer, see tips and highlights from some of the countries visited here.

I feel a little toughened up after spending two, blistering cold weeks of traveling around Europe with 20-30 degrees weather. I guess give it another week, and I’ll be back to involuntarily commenting on how “cold” the weather is, at barely under 60 degrees (*rolls eyes at myself*).

In the process of planning this winter trip to Europe, I did mentally prepare myself to embrace it…thinking of beautiful European architecture or landscape blanketed with snow, colorful lights dancing across narrow, cobblestone streets, and Love Actually moments playing in my head. I was quite looking forward to a winter wonderland! However, truth be told, the weather could still be such a determinant factor in how comfortable you are during the trip. So, I learned to scrap any expectations of a magical, winter Europe trip (although some parts still were!) and to undertake a more spontaneous mindset. 🙂

Our general itinerary consisted of (and in more details below): Iceland —> Scotland —> France —> Germany —> Sweden.

Biggest takeaway: 20 degrees is doable. 20 degrees with wind thrusting snow/rain/hail in your face is absolutely unbearable.
Biggest realization: Chilling at a cafe feels 100x cooler in any European country (that I’ve been to) than it is in the States.
Biggest advice: Layers, layers, layers. Wind resistant gloves and good winter shoes!!!
Biggest useful tip: Get a credit card that has travel insurance. This is good to have in many, many ways! For example, it refunds trip expenses/cancellations due to broken collarbones (a friend, long story) or bad weather.

Jumping into each of our destinations, I’ll list my observations, recommendations, and advice to (hopefully) keep this post concise.

The weather changes every five minutes. Don’t get your hopes up.

Our running joke was – “Yay! The sky is clearing up.” Five minutes later, tiny ice balls from the sky sideways-attacked our faces.

With erratic weather, you have to be ready to improvise due to last minute plan changes.

Even with horrible weather on our first day, we managed to brave the storm to see the Gulfoss and Strokkur Geysir as planned. Due to the persistent nasty weather, we received notice the first night that the ice cave tour we booked for the next day got cancelled. We had booked B&Bs in the ice cave area for the first night as we planned on driving the 2-3 hours from where we were in order to be closer to the ice caves the next morning.

Also, along the loop back to Reykjavik from the ice caves, we were going to stop to see Skogafoss and Black Sand Beach close by. Unfortunately, plans for the second day were completely scrapped due to cancellation of the ice caves and anticipated bad weather. As such, we cancelled our B&Bs, made our way back to Reykjavik that night with a last minute hotel reservation, and decided to explore the city the next day instead. That is all to say, plans change and so, you must go with it!

If you are caught in a storm like we did while trying to sight see, don’t matter as long as you are well equipped. You won’t be hating life as you are walking in damp socks/shoes or shivering because your jacket is wet and you still have to wear it…you get the idea. I enjoyed the storm and found it to be a hilarious experience because at the end of the day, I stayed dry. Dry = fun. Wet = miserable.

Of course, Blue Lagoon is amazing and a must. Since it was the winter, we faced no long queues even though our time slot was booked for 2PM. Apparently, in the peak seasons, you want to get there as early as possible to avoid the long lines and crowds. I also had read about how your hair could get extremely rough after bathing in the lagoon. Girls, my advice is to put a butt load of conditioner in your hair before going in and just bun it up. My hair was perfectly fine after!

Foss means waterfall. Seeing it felt like a dream. Nature is too cool. 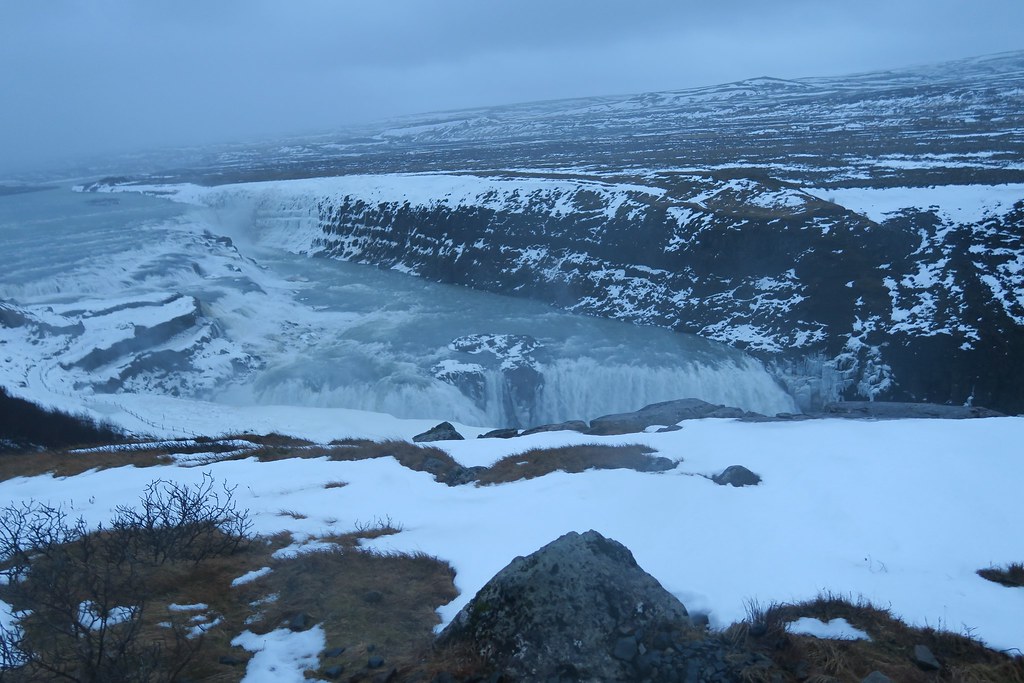 The formidable Gulfoss – we couldn’t get a great picture because the rain and wind gods forbade it. 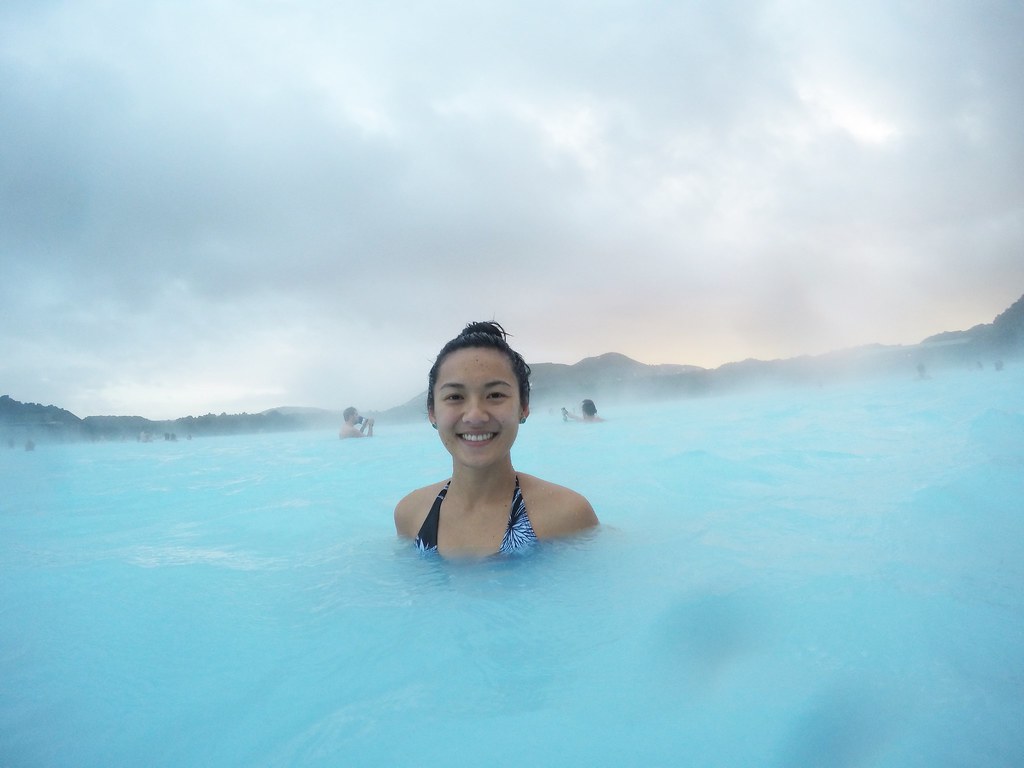 Chillin’ at the Blue Lagoon.

To my surprise and disappointment, accents were very mild, and almost everyone spoke English.

Visit Victoria Street, the inspiration for J.K. Rowling’s Diagon Alley. Walk along the Royal Mile all the way up to the Edinburgh Castle.

You will really, really feel like you are in Harry Potter!! It’s magical. 🙂

Everything to see is in walkable distance.

Plan a trip to Edinburgh for its New Year’s festivities – Hogmanay.

Hogmanay Torchlight Procession is a spectacular experience! When can you ever say that you’ve held a torch for two hours while marching with thousands and thousands of people along ancient roads that wind around castles and cathedrals?! We bought tickets for both days of the Hogmanay festival. The first night was the torchlight procession, and the second night was the street party/countdown. The street party gets extremely crowded, and the music was okay. I could see it being a cooler experience if I was still in college.

Go to the Christmas market for tons of yummy food. 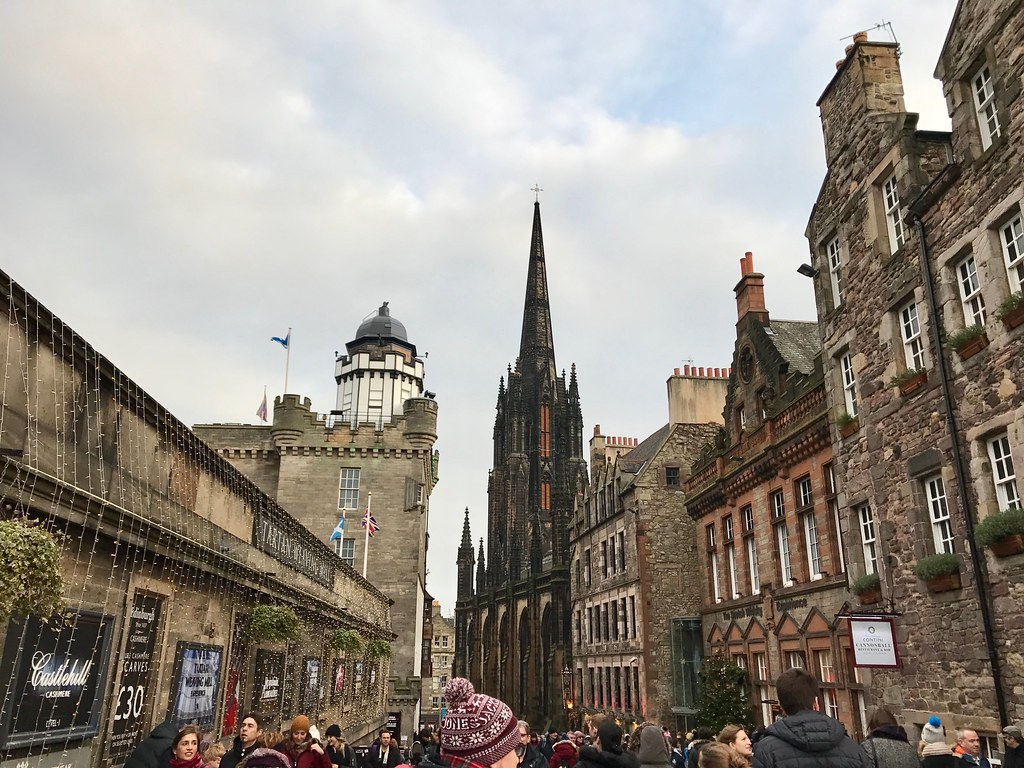 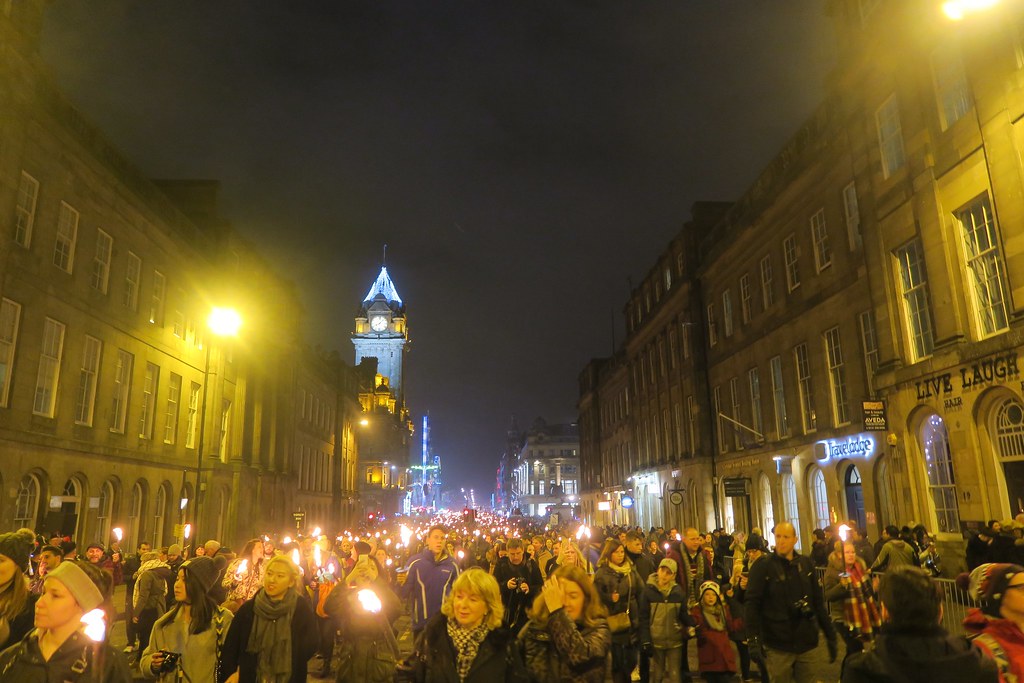 Marching with thousands in the Hogmanay torchlight procession. 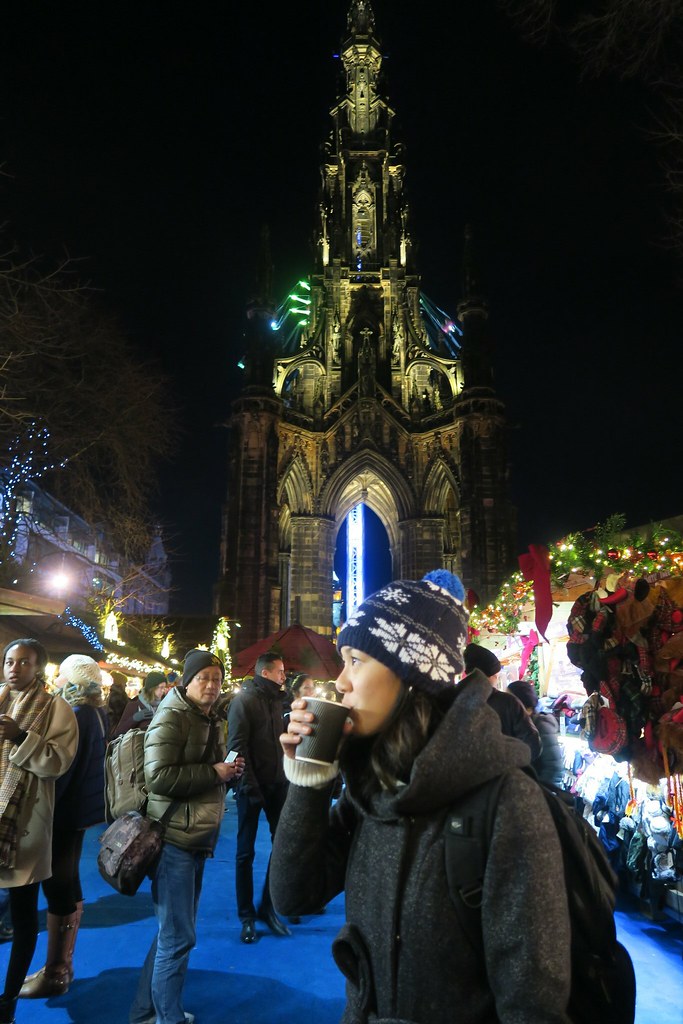 Eat lots of cheese and bread.

I forgot how delicious cheese is here. Every meal for us started with a charcuterie plate appetizer. I realized I could live on cheese, bread, pate, and foie gras forever, if I had to.

Be ready to spend 2-3 hours at lunch or dinner. Enjoy life a little!

A lot of restaurants close between 2pm – 7pm, so prepare your appetite for a later dinner.

Could we please adopt the French (or European) lifestyle already, America?

Pop into a cafe and grab un cafe au lait or un chocolat chaud every now and then for brief shelter from the cold.

This restaurant was cute and friendly. The menu was written on large chalk boards, which were brought over to us once we sat down. Appetizers to main courses were flavorful and filled our happy stomachs.

Visit the neighborhood of Le Marais. 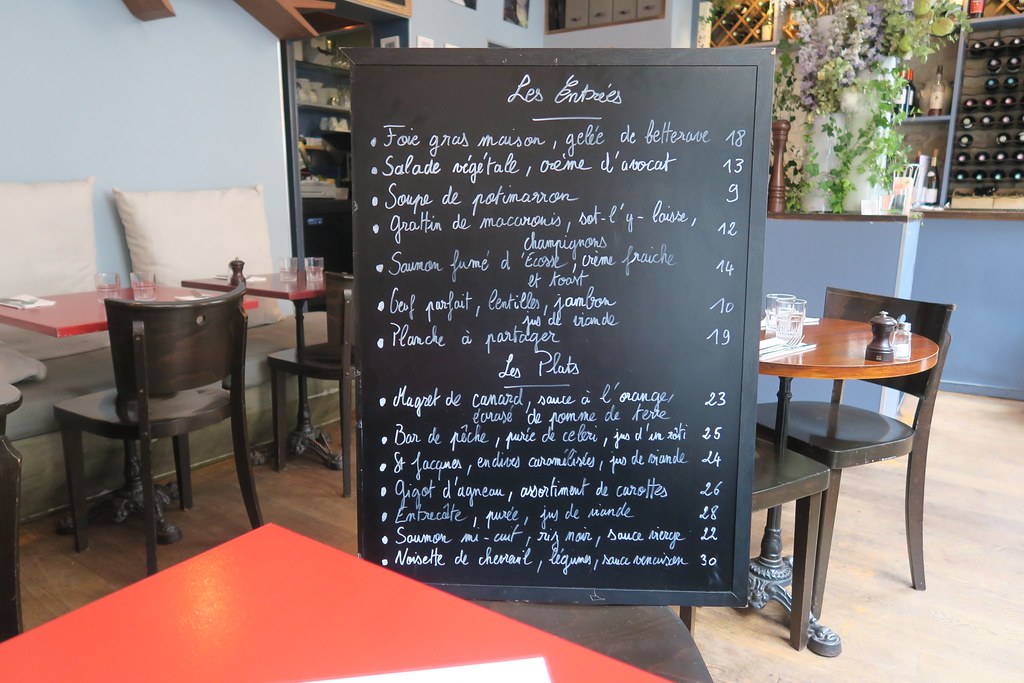 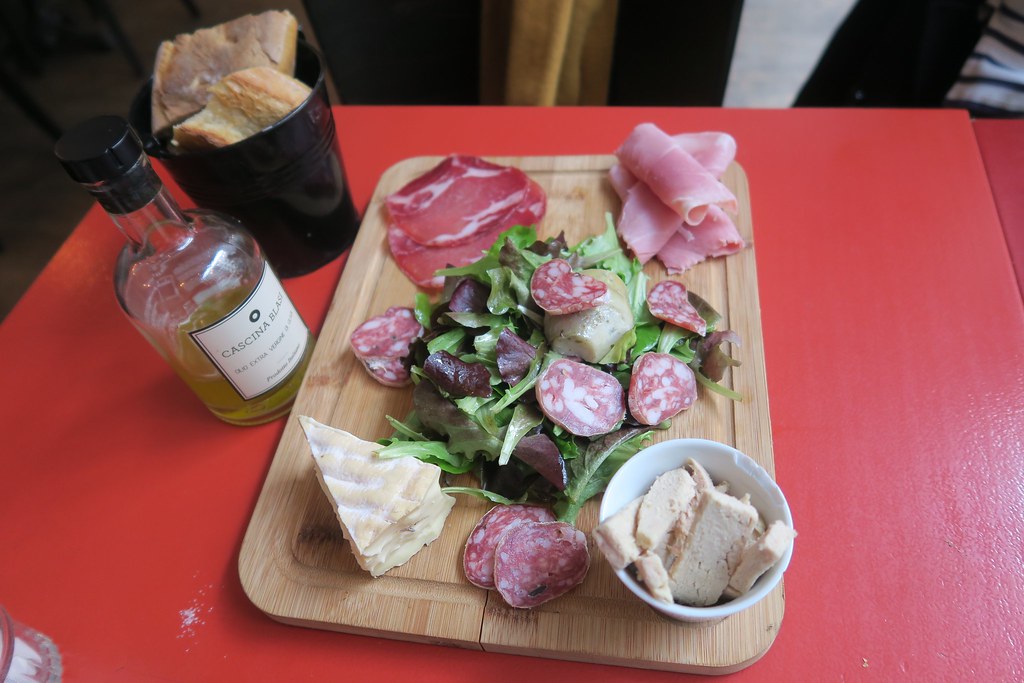 Public transportation wasn’t too tourist friendly. You may want to double check with the information desk.

We inquired the information desk several times to figure out how to buy train tickets. It’s not us!

If I didn’t eat schnitzel again, I would be more than okay. It’s not bad, but it’s not great. I would say don’t try it, but I think it’s one of those things that you just have to try to figure out for yourself that it’s pretty plain.

THIS is the most impressive cathedral I’ve stood in front of. 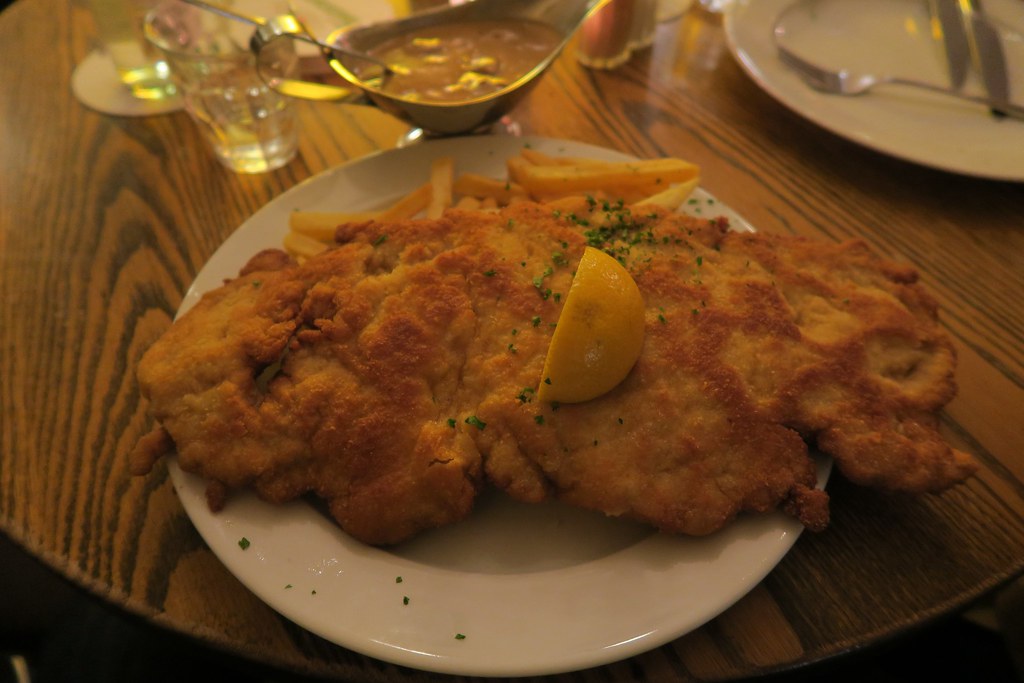 This is schnitzel, everybody. 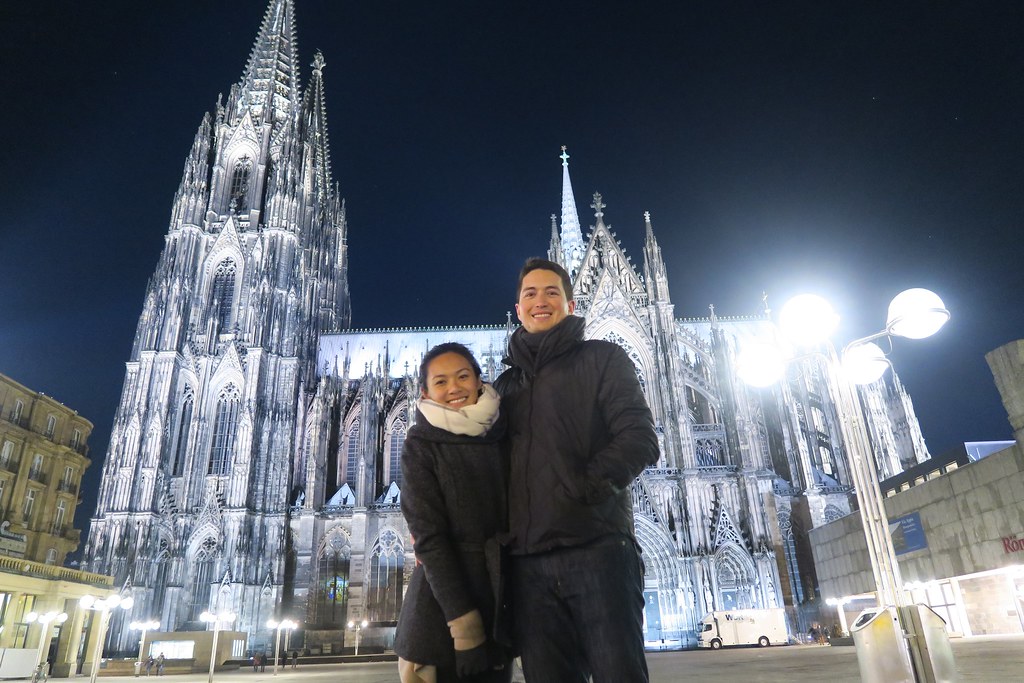 Every single street had festive holiday decorations and lights. Snow carpeted the sidewalks and roofs of buildings, which made it feel like the ultimate Winter Wonderland. 😀 The weather was also the perfect cold.

Mashed potatoes are like the graham crackers in smores for me. They only accompany the good stuff, but both times I had mashed potatoes with my meals here, it significantly exceeded butteriness expectations.

I learned that things in Sweden are so pricey due to high taxes and strict labor laws requiring high costs for companies to employ people. After a meal at a Swedish restaurant, we asked about the tipping policy. Our waitress explained that 5-10% is welcomed, but it is not an obligation to tip since “it is not like in America, we [they] can get by here without tips.” Chuckles.

Best meal of the trip! Yet another best! I ate all forms of Rudolph as appetizer and ox cheek for the main course. N had a moose meatball. All unique dishes and so delicious.

Comfortable and roomy. Hot tub and sauna INSIDE our room. Nuff said. 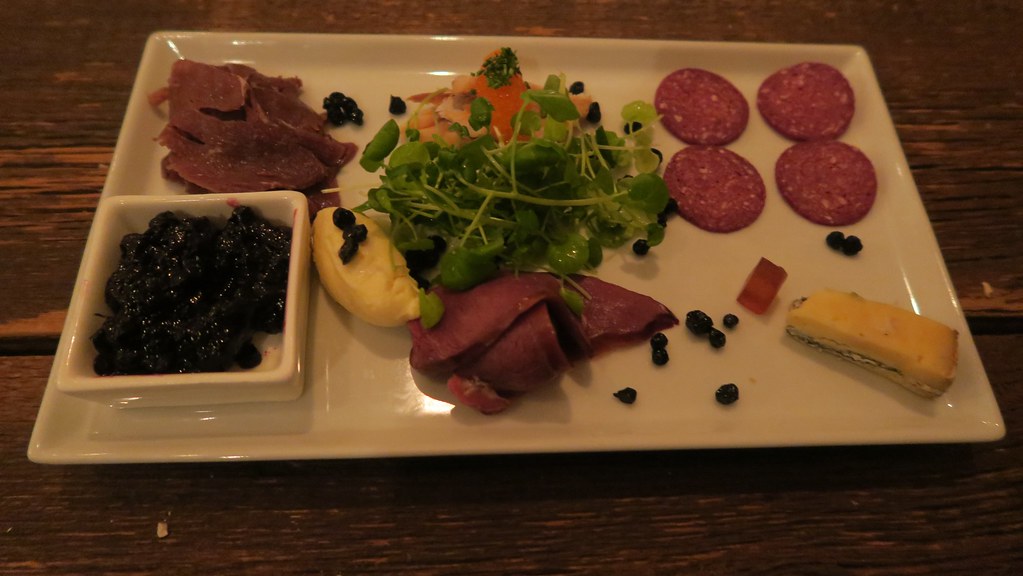 Everything deer platter at Knut. 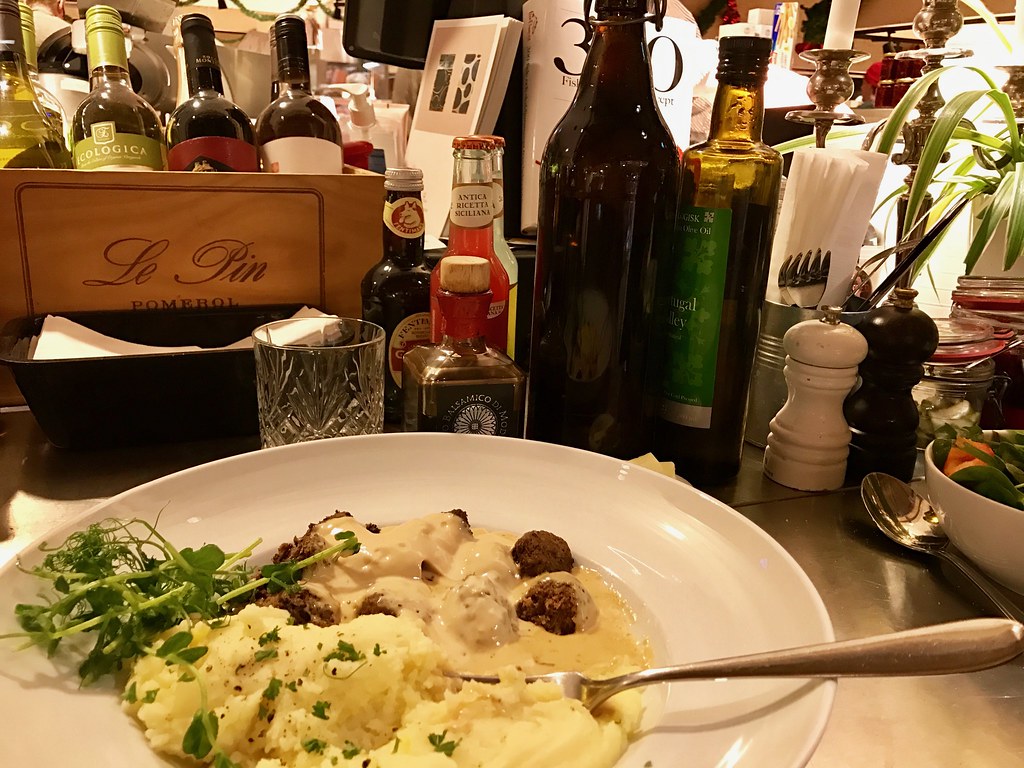 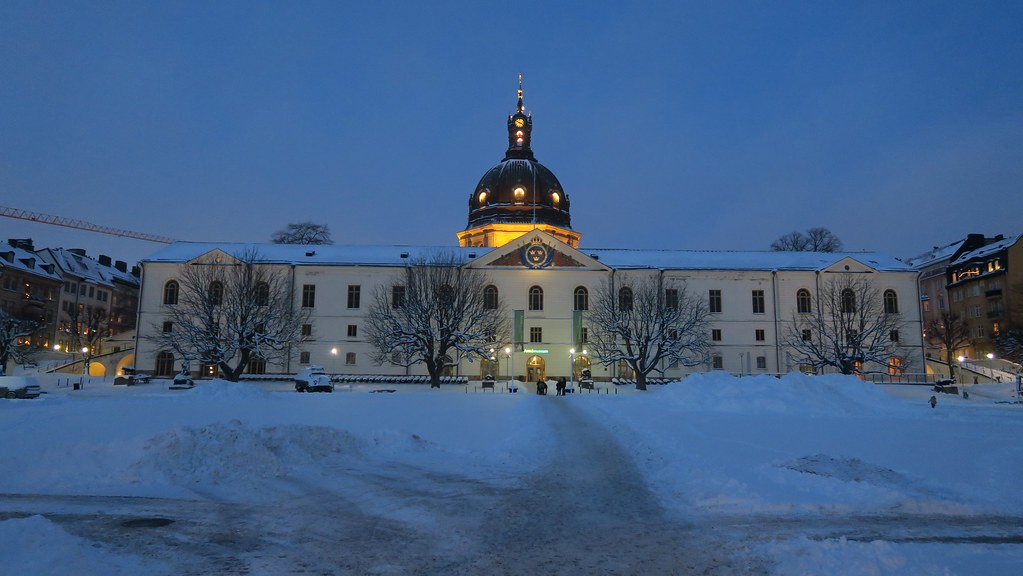 I haven’t been back to Europe for almost five years now, so it was great to spend two weeks there this time. Doesn’t hurt that I’ll be back there again for another two weeks this summer aiming to hit up more of Eastern Europe. 🙂 🙂