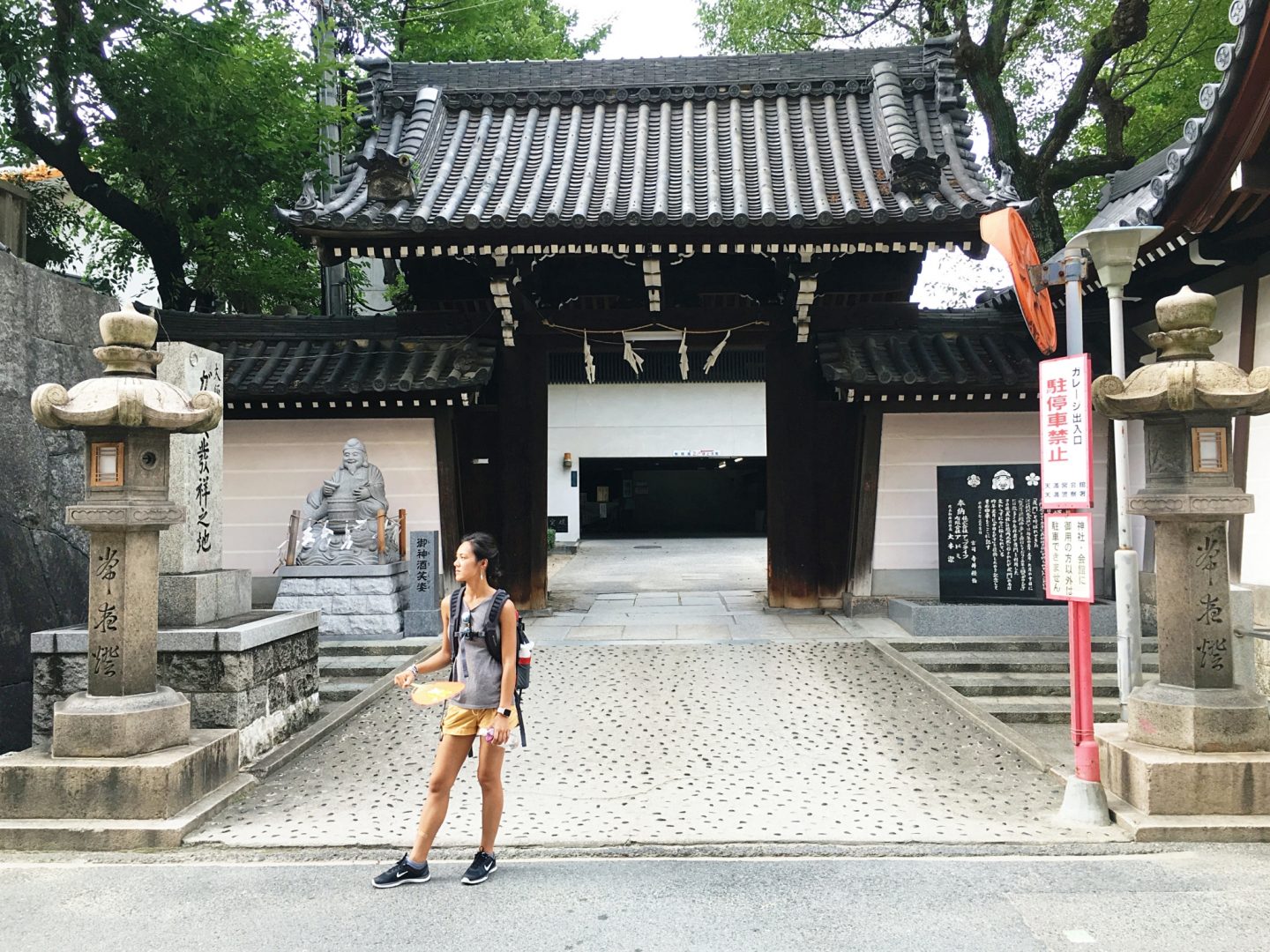 Part 2 will cover the second part of our trip in Japan – Osaka and Kyoto.

After spending four days surrounded by nature’s beauty in Yakushima (see Part 1), we made our way back to civilization. The next three days were spent in Osaka and Kyoto. Because we had hotel points to stay at Crowne Plaza, we stayed at the one in Osaka since Kyoto had no availability. Hence, we took the train from Osaka to Kyoto for day trips, which takes about 30 minutes each way.

Now, every city is special in its own way. By experiencing Osaka and Kyoto, I saw two cities that starkly contrasted each other.

Part 1: The Beauty of Yakushima
How to Spend 3 Days in Tokyo
Where will we be in Japan?

Personally, I was more excited about Kyoto than Osaka. From my research, the latter seemed like just another big city. Similar to a lot of people visiting Japan, the traditional Japanese setting and attractions in Kyoto more so appealed to me.

However, I LOVE a vibrant, bustling scene, and Osaka did not lack that. Its biggest tourist destination is the Dotonbori area. We checked this area out on our first night. We also revisited Dotonbori on our last night. Big shopping names lit up the main plaza. If you walk down one of the many alleyways in the area, you’ll see food vendors, smaller shops, and arcades one after another. I think it’s a mixed vibe of a toned-down New York and the Chicago riverfront.

Since we didn’t’ want to just skim over Osaka, N and I decided to spend a full day here on our third and final day in this region. Taking a slower pace, we decided to stroll through the longest shopping district, Tenjinbashi-suji. It stretches about 1.6 miles in distance (2.6 kilometers). Common with Japanese markets, you can find a plethora of food vendors here, but this market houses lower-priced shops in case you need to pick up souvenirs. 🙂 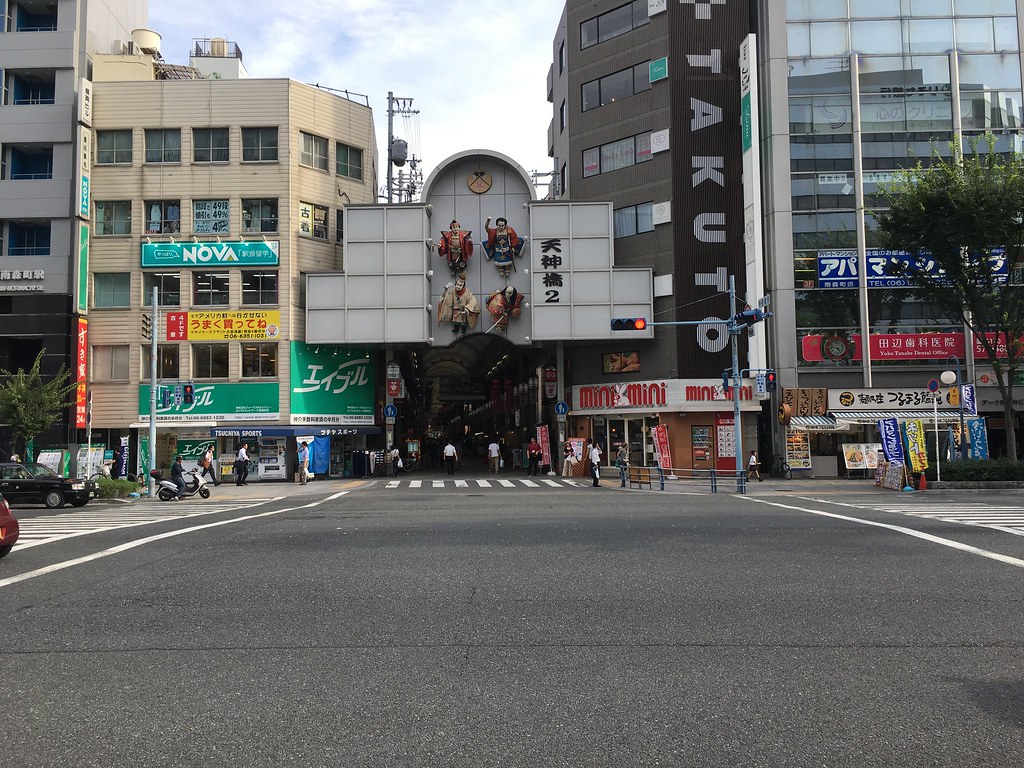 Other than the Dotonbori area and Tenjinbashi-suji market, you can visit historic sites such as the Osaka Castle. Due to time constraints, we decided to allocate most of the time to Kyoto instead. While Osaka doesn’t have as many tourist attractions as Kyoto, if you like a vibrant and modern atmosphere, you should definitely give it a chance!

This splendid, ancient city provided us with a glimpse into traditional, Japanese culture. No wonder everyone loves Kyoto. From the bamboo forest to ancient temples, the charm of this city breezes through you with every step.

The one thing I would do differently is wake up earlier to visit the popular sites. The multitudes later in the day can dampen the tranquility, that otherwise can be felt in abundance at these places.

Understandably, many people desire to visit Kyoto for a taste of its natural charm and traditional atmosphere. Not only that, the popular, city attractions are within distance of each other. You could also go for a bike ride through the city, which we did!

You wouldn’t want to miss out on any of the sites below: 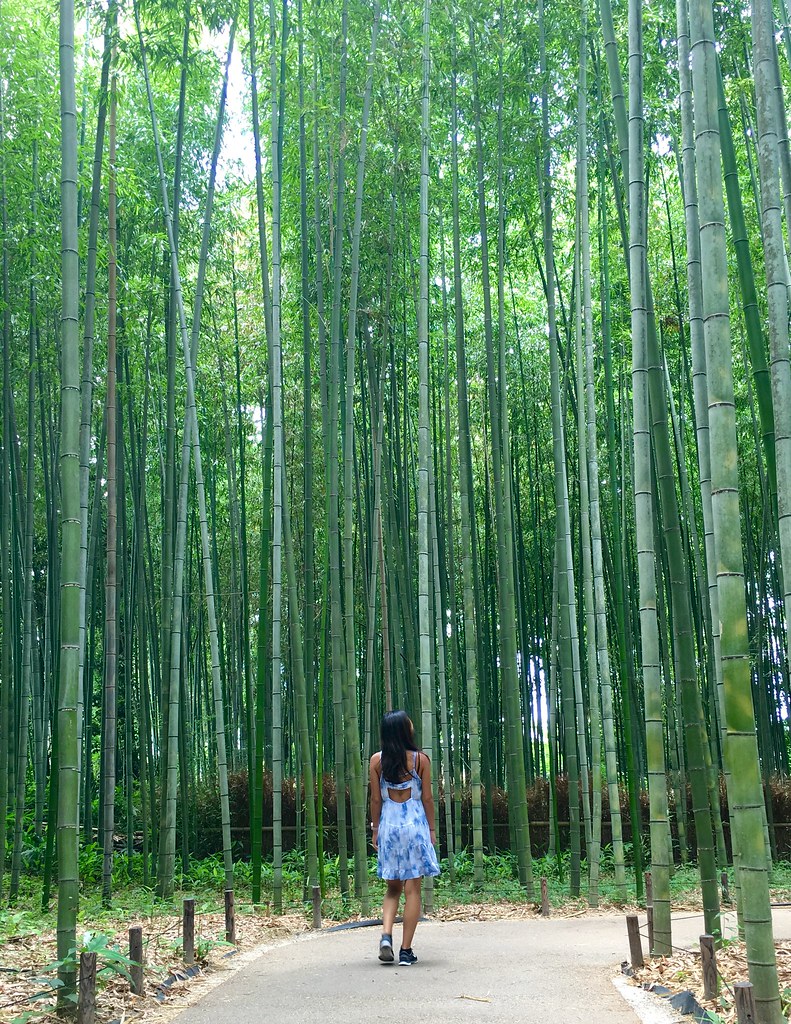 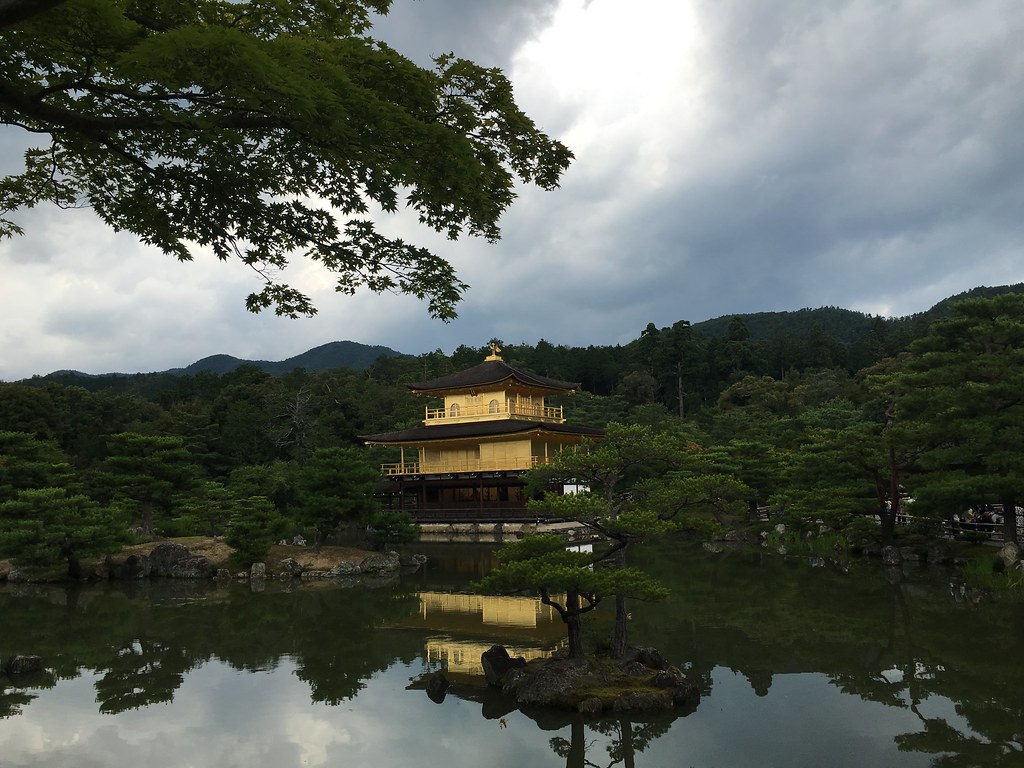 We went a little out of the city to get to the biggest lake in Japan. Worth it because walking to the middle of the bridge during sunset made it a short, beautiful adventure. The coolest feature was the echoing musical sounds the bridge made when cars drove by! 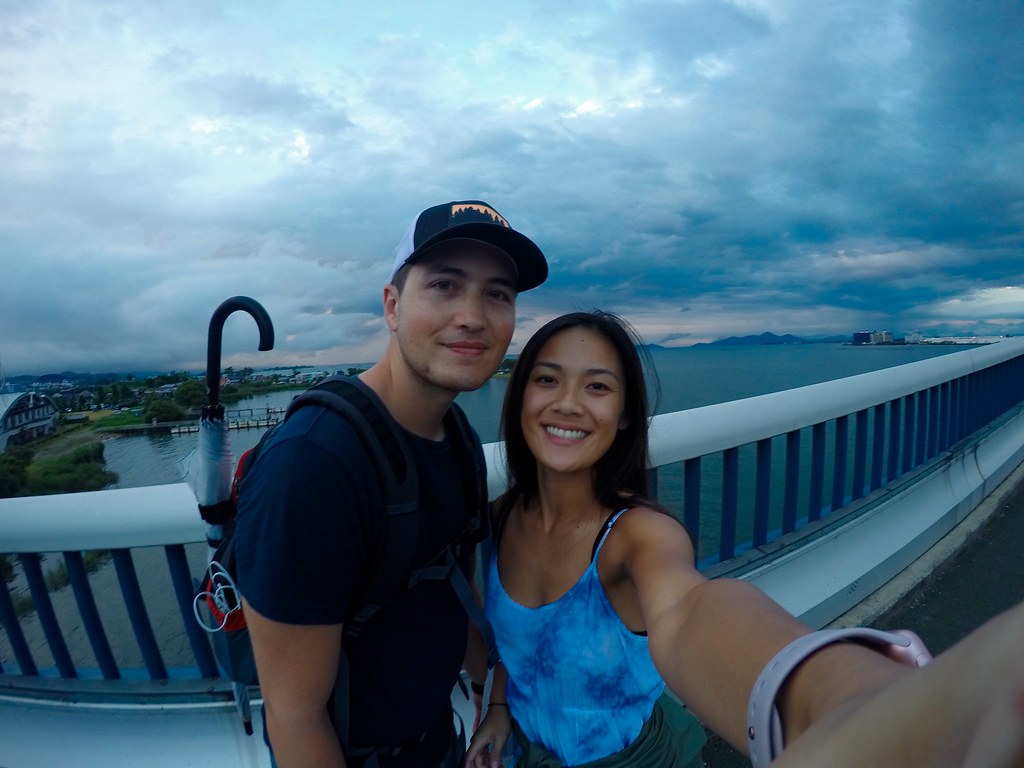 On the bridge over Biwako Lake. 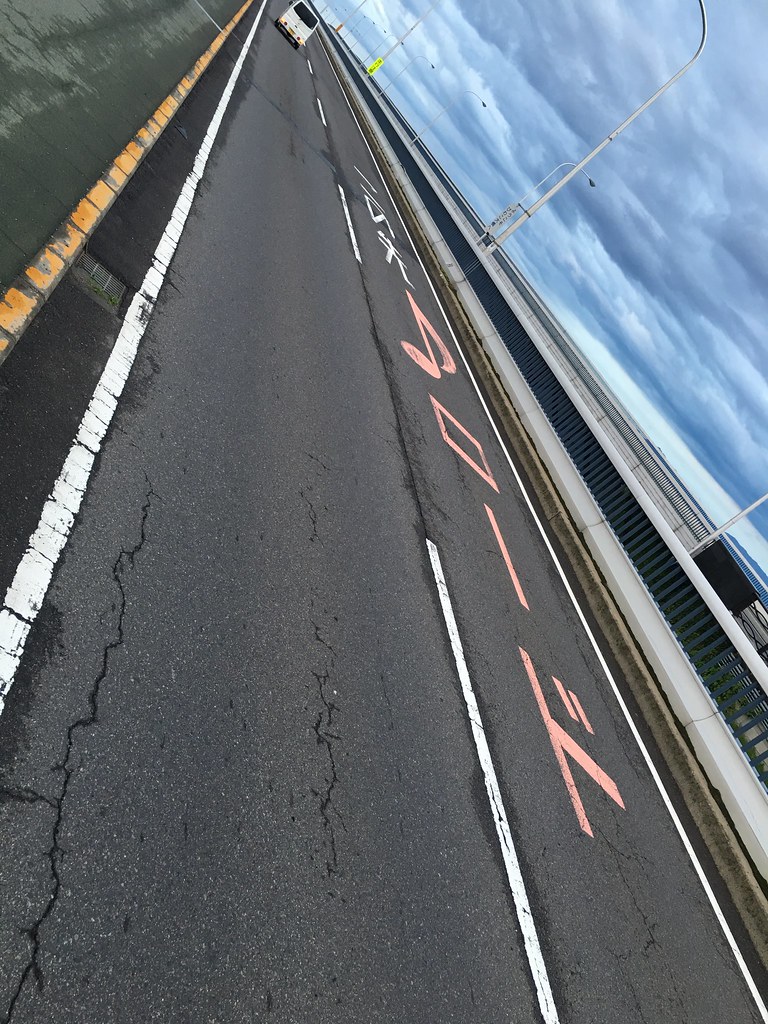 Music note on the road across the bridge. Cuuuuute. 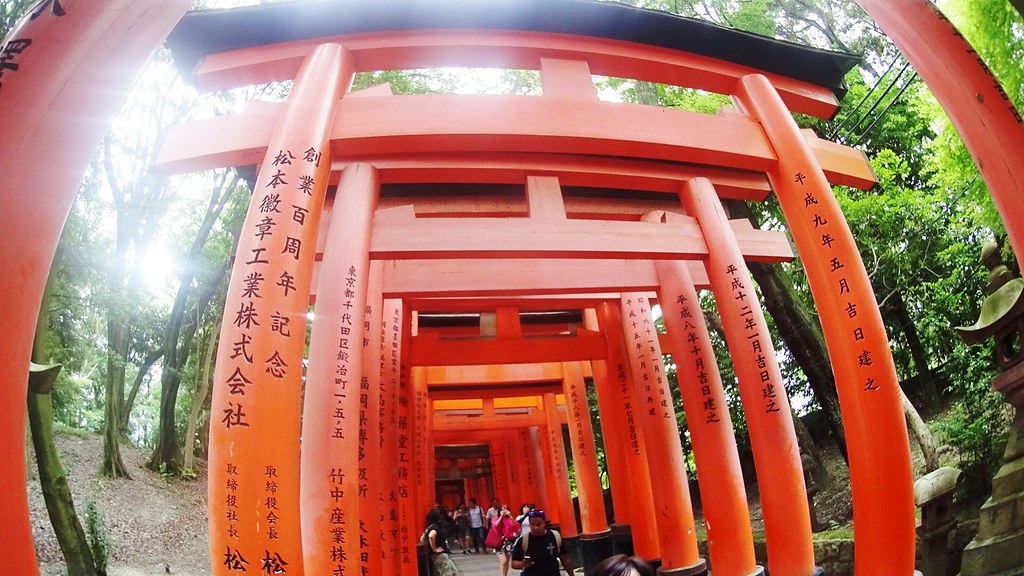 An UNESCO World Heritage site, this temple dates back over 1200 years. The wooden stage that hangs out from the main hall of the temple was built purely from wooden pillars without a single nail. Such an astounding feature if you look at a picture of the careful construction of the supporting pillars!

So serene. You can see the wooden pillars holding up the jutted-out stage area.

If you are choosing between visiting Osaka or Kyoto, I would say opt for Kyoto. With more sites to see and things to do, it won’t disappoint! I think if we visited the historic attractions in Osaka, we might’ve enjoyed it a little more. Even if you have accommodations in one city, you could always make day trips to the other like we did. That way, you could spend some time in both!

Let me know if you’ve visited these cities as I would love to hear your thoughts. Hope you liked this post!